From inspiration to launch in a day

You know when you wake up in the morning and your brain is trying to tell you something but you're still too asleep to work it out?

Well this Sunday morning at about 6.45 I realised that today was the day I was going to finally launch apurpose.

Why finally? Well, the original idea came in 2003 from wanting to launch a clothing brand that promoted people believing in themselves, rather than religion. Prompted by the rise of fundamentalism. At the time this seemed best being an anti-religious stance and so atheistclothes was dreamt up. Despite being a powerful idea, I soon realised it was too restrictive and rather than being something that could stand on it's own, it risked being defined by not being something - not being a theist. For something I intended to be a source of positive inspiration to the world, it seemed to negative.

It took a good 6-9 months after that before I'd connected with the idea that there was an association between believing in yourself and having a purpose in life. A purpose was, in my mind, the simplest way of describing a life led with a clear, tangible, self-defining goal. So atheistclothes became apurpose. Suddenly the problem of what to call this idea that had been bothering for ages was solved and so I celebrated by getting on with my life and not doing a thing about it. It took another 15 years to get to the launch today.

To me it seems the world is entering a period of existential crisis. I'm not talking about climate change, but instead the crisis of how to find happiness and fulfilment in a world as complicated as it is today.

I believe there was a time in the not too distant past, maybe in the last 50 years, when a kid could look up to their parent and ask any question and their parent would have a fair enough understanding of the world to be able to give a decent answer. That time has G.O.N.E. gone. Experience and knowledge have been de-coupled, with kids knowing way more about things than their parents but simultaneously lacking the experience of how to apply it. A scary situation for both.

Increased access, falsely-inflated confidence, increased options, globalisation of politics, industry, manufacturing, social media and the rise of celebrity culture are just a few of the shifts that put an enormous pressure on people to know where they fit in. As a result the vast majority end up chasing rainbows at the top of the pyramid that they'll never reach.

Where are you going with this?

Well to me this comes back to the original concept of where we find inspiration and the concept of religion. When we're growing up our primary care-givers are our religion and also our inspiration - though as we de-couple from them our focus moves onto other sources of inspiration. Where should we choose? There are just too many options. We may find cultural icons as teenagers but what about when we're fully grown? Who are the icons that can lead us in having an inspirational life? An inspirational adulthood? Who can help us navigate in a world approaching 8 billion people? Is that even possible?

Let's look at the structure of this rather than the content. Most deistic religions, or political structures focus on a single individual at the top. Someone who is supposed to lead and have all the answers. This is just too simple a model, as with the analogy of the kid asking the parent, it's just too complicated for any one person to have all the answers anymore. Who or what could place everything in context of everything else? Even if this thing could know everything there was to know the stream of new information comes in too fast to keep up as it grows exponentially without let up.

What we can actually observe in society is that people follow many different people in many forms, in entertainment, in business, in sport, in gaming, in fiction. What is it that draws people to do this? It's the desire to connect - with someone or something that makes sense that makes us feel like we belong or are part of something bigger than ourselves. It's no different to religion. Religion has become a model of how people behave rather than a thing in itself. It's become so diverse that no one religion could possibly be correct on it's own to the exclusion of others.

Whether or not people are religious, or whether they believe or don't believe is now a mute point. The fact that they exist and continue to worship either by going to church each weekend or spending 8 hours a day on a gaming console is irrelevant. The point is whether or not these activities actually contribute to humanity or whether they are just distractions from a higher purpose. If they don't serve humanity maybe these religions contain false gods.

So what is right? Who can we trust? How do we choose? A lot of people at this point could be thinking, follow your heart, look inside and you'll find the answer. Well, that's great, but it's still the same issue. One person, even if it's you, can't place everything in context, nor can you expect yourself to have all the answers, even if you take time out to find the answer. The answer has to lie out there - somewhere...

It's not like this has ever happened before. It's not like we've had any choice. This has happened as an adaptive response to the vast increase in complexity that people now face.

These days we need leaders not a leader.

Leaders can reflect a combination of choices rather than us having to tie ourselves to a single representative who now couldn't possibly fully reflect the masses because there's just way too much diversity out there. So, a combination of leaders, chosen from different areas that we connect with is a much better model for reflecting who we are or want to be. Each overlapping tribe we are part of then becomes a way of reflecting the different parts of our personality that keeps us unique and different.

But we still need to make good choices. If these leaders help us make our lives better, easier, more fun, more rewarding, more purposeful then they represent something that could help avert any upcoming existential crisis. By choosing wisely we can create our own virtual team - like playing fantasy football and choosing a winning team of people to help us play out our lives.

As with any game, the whole team is greater than the sum of the individual players and so it's combination reflects us and our own purpose.

I don't believe that 'Jesus' or similar real or fictional characters are rare at all. In fact I believe these type of people appear all the time and are all around us. it's just they didn't have TV or the internet back then and so their ability to communicate their new concepts to the masses was hampered by the speed of carrier pigeons or their own feet. They also didn't have the same education of self-belief that we do now. These days the barriers to create and maintain a religion are lower than ever :). These days any Thom, Dick or Harriet can build a loyal following from anywhere in the world. Just because the believe in what they're doing.

Which is great. It's amazing that people can embody what ultimately must be the purpose of any religion - to become our own gods in our own time. I respect that opportunity should be there for everyone and it doesn't and that sucks. The reality is that most people are subordinated and oppressed by narcissistic people that possibly don't even realise the damage they are doing. Whether they, or the people who don't stand up for themselves are responsible is different in every circumstance, but one thing's for sure is that it's never been more pressing than to find representatives of the people that can help to guide the 8 billion into the future. Who are truly connected to the betterment of mankind and the planet and everything we share it with.

Therein lies the purpose of apurpose. To seek out the people whose purpose benefits humanity and to help communicate their message. 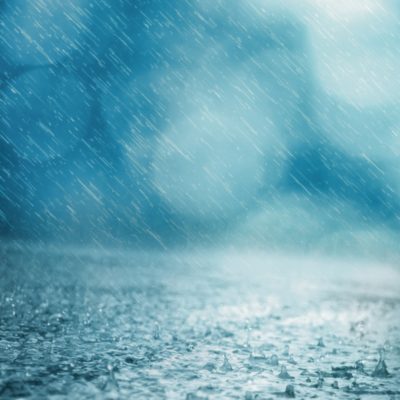 Why I love cold showers

To most, the idea of having a cold shower on purpose seems absurd. Why do it when you've got access to warm water? Well, there's increasing evidence . . . that cold showers could improve your physical and your mental health. Dubbed 'positive stress' it appears that moderately stressing your body could be good for you. Leading proponents such as Wim Hof have led the way in championing the benefits of cold showers and now this seemingly counter-intuitive practice is taking over people's morning routines. What are the origins of cold showering? Well, the obvious one is that without access to a hot spring cold water must have been the way that most people washed before the last 100 years when central heating became more of a standard in developed homes. So what started the trend to go back to cold showering? Triathlete Joel Runyon ignited the trend back in 2003 with his 'Cold Shower Therapy' and gave a TED talk on it: However it does seem that Wim Hof's, also known as the Iceman, rise to popularity has really helped get cold showering into the hearts and minds of the masses. As of writing the Iceman holds 26 world records most of which involve 'cold exposure'. Cold showering is the gateway drug that he sells to help wean you onto more hardcore methods like ice bathing, cold water swimming and even mountain climbing in your shorts. Seeing what he, and other people who he's trained can do, makes cold showering seem like a sunday afternoon in with a cup of cocoa. So how does the cold shower process work? Most suggest that the way to do this is with intention. Don't do it if you don't want to do it, don't try it, do it! Practically speaking many start with a warm shower to complete their normal routine and then step out of the shower and turn the hot water off. With the cold water running full to cold, facing the shower, twist one arm in to the water then twist the other in, and then turn so your back is fully under the cold water. Breathe. Focus on extending your breath and count to at least 15 seconds the first time, more if you can. It helps to keep moving and dip your head under and out and keep moving the water over your whole body. If you take a week or a 30 day challenge you can challenge yourself to increase the exposure time from 15 seconds to 2 to 3 minutes in increments of 15 seconds every couple of days. In time, what seemed difficult seems pretty easy. Ultimately, finding a way that works for you is the best way, but try not to give yourself an out. So what are the benefits of a cold shower? Well, if nothing else, discipline. Getting yourself into something that at first seems like a bad idea shows will power. Sticking to it shows discipline. Knowing that you've done it and do it gives you the sense that you're a badass. Secondly, it's refreshing and often tingly. You won't wake up like you wake up after a cold shower pretty much any other way. A lot of anecdotal evidence suggests it's a great cure for a groggy nights sleep or even a hangover. For more of the science take a look at the science on the Wim Hof method website.
Continue reading > 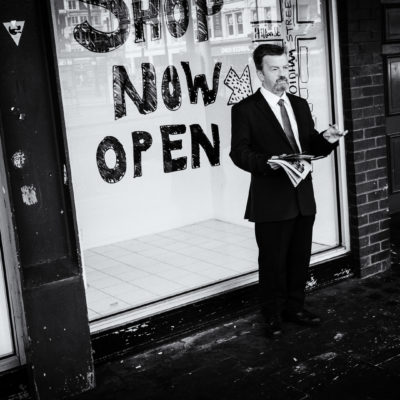 From inspiration to launch in a day